About the Suzuki TU250x 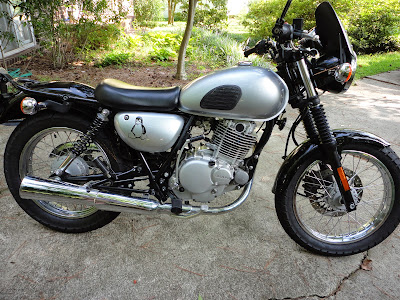 The Suzuki TU250x is a 249cc EFI UJM, produced in Japan and imported for sale in the United States from 2009 to 2015. It is a very clean and efficient machine – I personally have achieved an average of 72 mpg since I bought mine in April of 2013. It meets stringent EPA guidelines… with the exception of the venting on the gas tank’s cap which prevents it from being sold as new in the state of California.

About the PAIR System

Pulsed Secondary Air Injection is a system whereby clean air from the airbox of the motorcycle is allowed to be sucked into the exhaust valve during a low pressure wave.

It’s a two-part emissions system. On one hand, it’s mixing clean air into the exhaust header prior to any kind of measurement being taken. On the other, this clean air does allow unspent fuel to be burned before it leaves the exhaust system.

The PAIR valve on a Suzuki has a one-way reed valve which ensures that no exhaust pressure pushes its way into the air box, and a solenoid-driven valve which disables the flow entirely in either direction.

If the ECU detects that the PAIR solenoid is not electrically connected, it will set an error state and cause the FI light to come on.

The reed valve needs to be cleaned periodically, as it gets caked with carbon buildup from the exhaust gasses. Eventually it will no longer operate correctly, but the ECU will not be able to see the problem.

Why Would I Remove the PAIR System 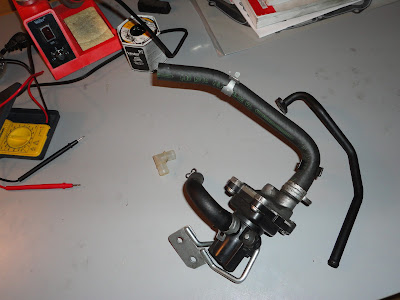 The device does not weigh much, and only draws on the battery in brief burts at idle RPMs. It is however a tangle of tubes and wires that I found myself having to fight with during the disassembly process, and which I was not interested in replacing during reassembly. There is no discernable performance increase. The engine does look less cluttered, from a visual appeal perspective.

Leaving the PAIR valve out (or removing it) leaves three points in need of patching.

Plug Up the Air Box 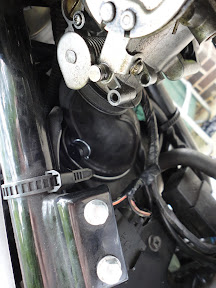 This is the easiest to patch. Any plug that fits will do, as only negative pressure will be occurring at this location. If you leave this spot unplugged it will act like a bypass of the air filter, and air will be drawn through it and into the throttle body without being filtered. 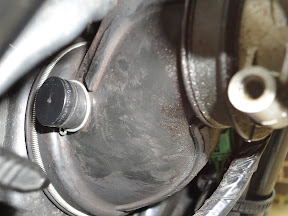 I originally didn’t have much luck finding a plug, so I simply used the existing clamp to hold two layers of plastic from a zip-lock baggie over the port. After just under 600 miles my impromptu seal was still intact, but I stopped by a Home Depot and bought a ½ inch flanged black plastic plug which fit perfectly and looks for all the world like it belongs there. You can snag the same plug from Amazon – a SharkBite UP514A, ½-Inch Plug

Plug Up the Cylinder Head Cover 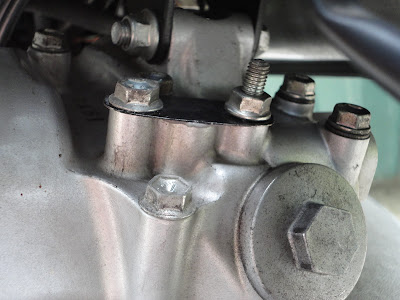 The cylinder head cover is another matter entirely. There will be significant heat and positive pressure, with moments of negative pressure as well. I shaped a bit of sheet metal by tracing the original PAIR attachment, drilling two holes for the mounting points. I then put a thin bead of liquid gasket around the hole and attached my blank. I may augment this with a pair of washers (I used very thin metal) but it does not appear to be leaking.

Plug Up the ECU 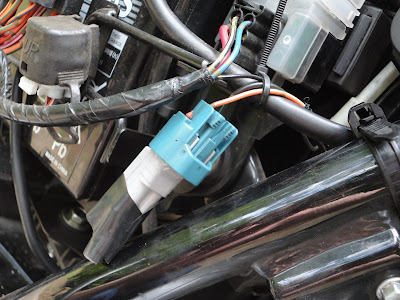 There are a number of threads regarding how to properly “trick” the ECU into seeing a false PAIR valve. The original PAIR valve has a resistance of 22 Ohm. A 12V load on a 22 Ohm resistor would require the resistor to be capable of dissipating more than 6 Watts of power without burning up. Automotive resistors do exist with these attributes, but can be expensive.

I decided to go with two 1 KOhm ¼ Watt resistors in parallel. They are well within their power dissipation rating at 12V, and the resulting 500 Ohm of resistance is enough to still make the ECU consider the device to be present and functional.

I purchased the minimum order of the 2P090WP-TS-M plug from Eastern Beaver (third one down the page, but verify the model number), and soldered my two resistors directly to the two terminals before assembling the plug and wrapping the bare resistor leads in a bit of electrical tape.

I zip-tied the resultant dummy load into a protective area under the right-side cover, next to the fuse box.

As an added bonus I’ve found that after this modification there was a reduction in instances of “cold-stop-stalls” that the TU is slightly infamous for, though I’ve hardly had enough time to consider this change in behavior as anything other than a blip of data.

If you enjoyed the photos, here’s the entire album. You can read more about the mods I’ve made to Tux on my motorcycle projects page